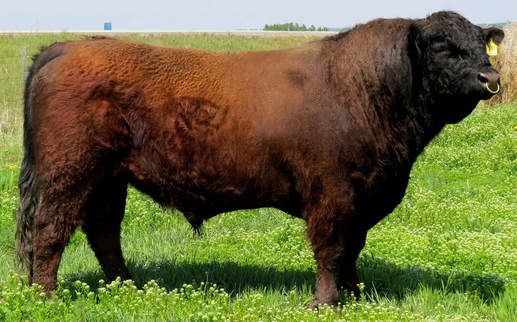 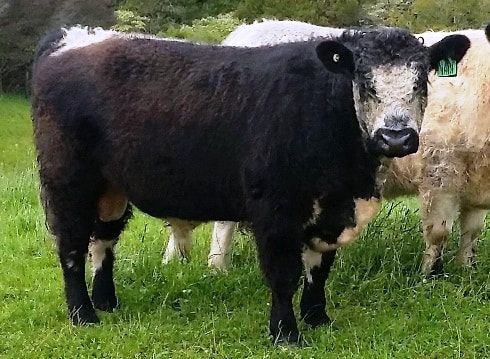 GCSNZ HB#  16430 - RGCS HB# NZRG2015/001
Date of Birth:  21/01/2015
Sire:  Riland Ridgey  (GCSNZ HB# 15439)
Dam:  Zeker Ridge Actro2  (GCSNZ HB# 12245)
Iain is the son of White Galloway bull who had the Riggit colour markings
and a White Galloway Dam who was an Appendix White i.e. Black in colour.
Iain inherited the ancient colour markings of a Riggit and he is standing at stud as an Alclutha Sire.
He is one of a very few Riggit Galloway in New Zealand and carries dual registration by being registered both with the
Galloway Cattle Society of New Zealand and the Riggit Galloway Cattle Society in the UK.
He is placid in nature and very obliging when his group needs to be moved or brought in to the yards. 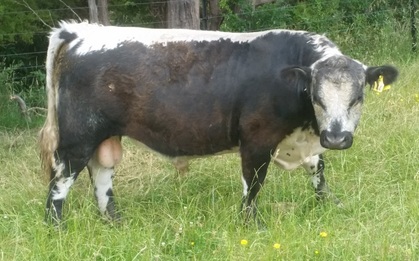 RGCS UK HB#:  NZRG2014  001
Date of Birth:  Thursday, July 17th, 2014
Sire:  Totaranui Frosty  (GCSNZ HB# 14912)
Dam:  Ryebred Pumpkin
From the Ryebred Galloway Stud, Cricket's stud name was changed when Hillside Farm registered him with the RGCS UK.
2015 was his first season at stud and all his girls returned a positive pregnancy test.
He is a calm, laid back boy who likes to have an interest in what you are doing in his paddock. 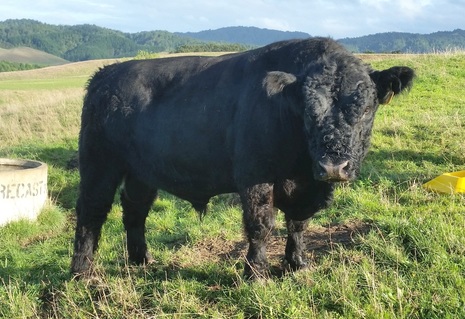 Return to Main Page
Powered by